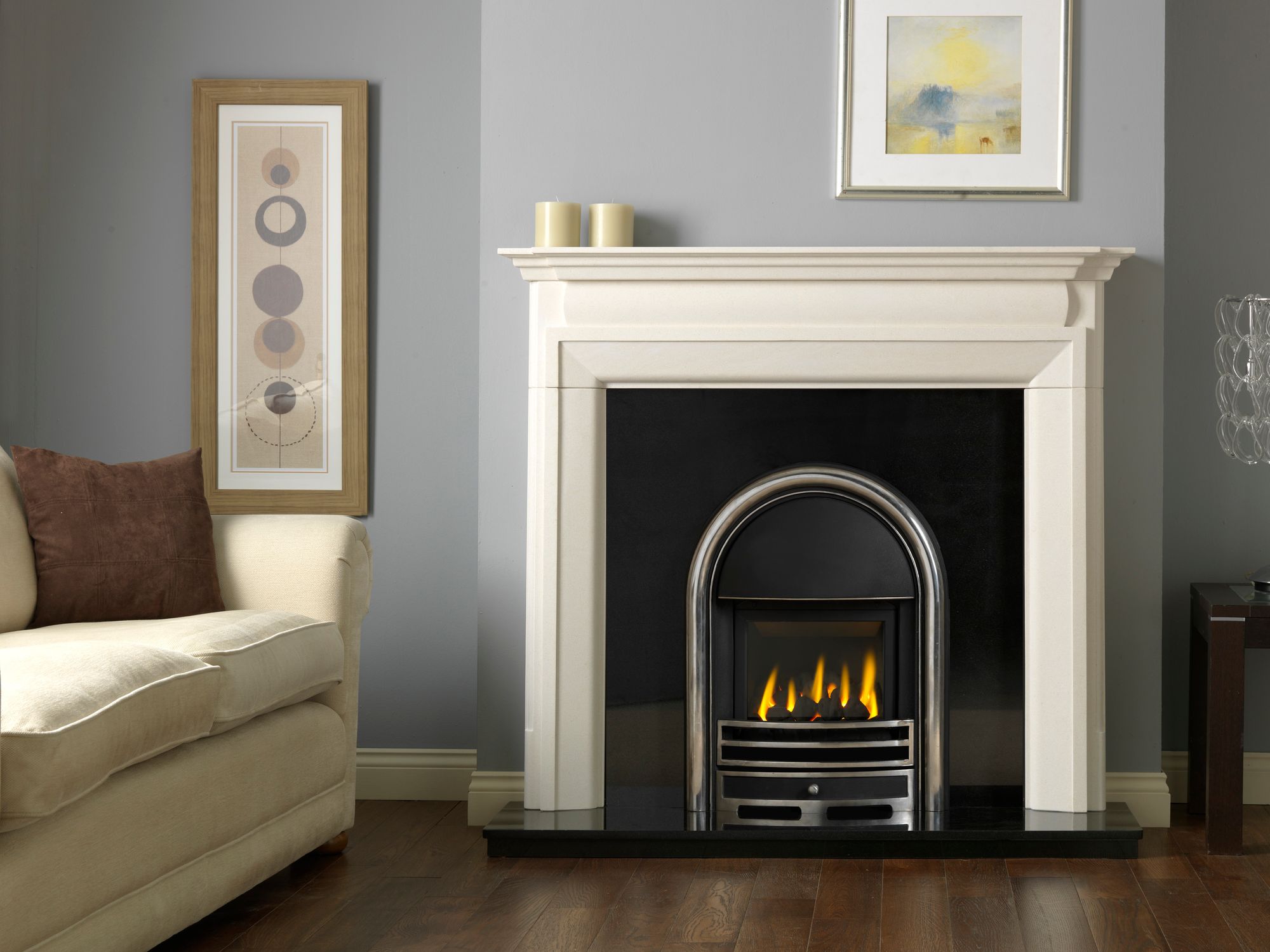 Made from natural Agean Limestone the Luca fireplace has grandeur with a touch of contemporary styling with the addition of the ‘cushioned’ header section.

This natural sedimented limestone formed over 50 million years ago is cut straight from the earth. Portuguese limestone features characteristically darker veins on a light background, intermingled with fossils of plant and animal life all adding to the beauty and individuality of this great material. In contrast, the Agean Limestone is much whiter with a soft, speckled grain, which will work well in a variety of settings.